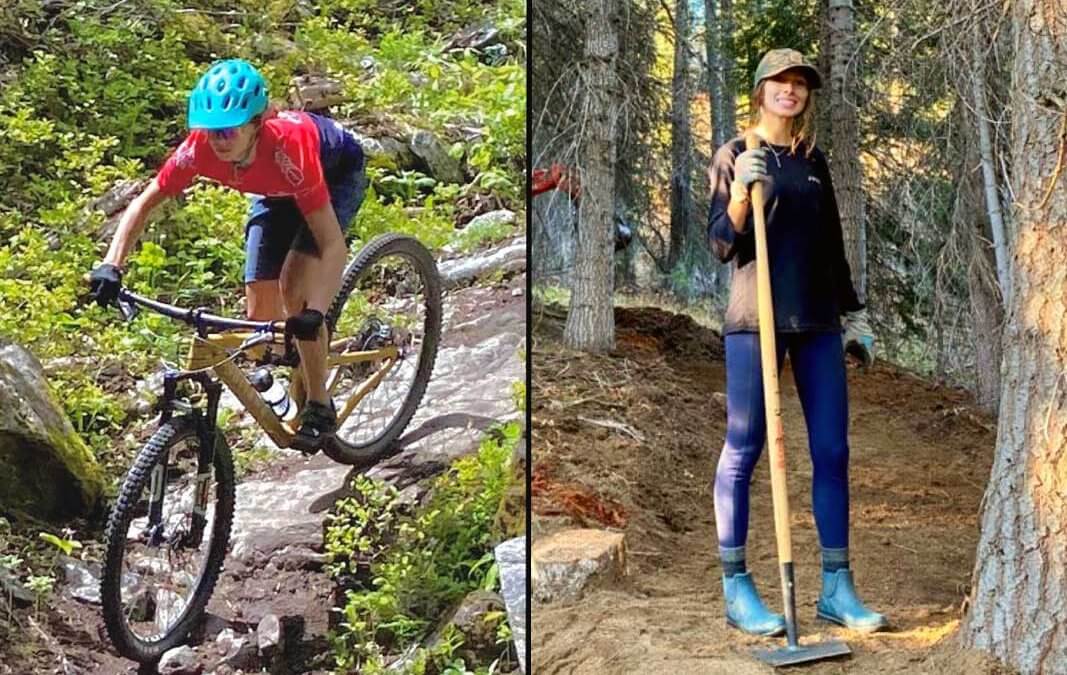 I’ll humbly admit that local McCall Idaho trail days were simply a source of socialization when I was younger. My 8-year-old self wasn’t a fan of long hot days with miles upon miles of walking, but at least my friends were there. As the years passed, my trail day participation became more voluntary, and I started to enjoy the result of the work put in. This enjoyment only continued to build after joining my town’s mountain biking team. Maintaining the trails my team and I race and train on just felt like the right thing to do.

While I was initially immersed in the mountain biking community through my team, my dad was really what made me feel like I was a part of it. He’s been the project coordinator for the Central Idaho Mountain Biking Association (CIMBA) since 2012. He partnered with One Track Mind in 2017, where he learned to coordinate and build killer trails. This partnership opened a world of opportunities for both of us, as well as our larger community. Mountain biking trails in McCall took off, and tourists began to flood in. When it was time to pick a senior project, I decided to take advantage of his expertise and reroute a section of a popular trail.

Several hundred feet of the trail needed to be rerouted around a seasonally wet area, so during the summer of 2020, I put together a trail day with my team. We got to work on a substantial stretch of trail with two new berms and multiple rock features. We built a new section of trail in record-time, which I attribute to the sportsmanship and teamwork that we developed over years of racing, training, winning, and losing together. There were multiple days when my dad and I were alone for hours pounding rocks, maneuvering an excavator, and testing slope angles and soil types that would constitute a quality trail.

The project was a great way to conclude my high school bike racing experience and connect more with OTM, as the trail we fixed was one of their projects in the area. I gained an appreciation for the things OTM and other organizations deal with daily surrounding coordination and promotion of the sport. You don’t always see it, but there’s definitely a lot of organizing, hard work, and science behind every good trail.