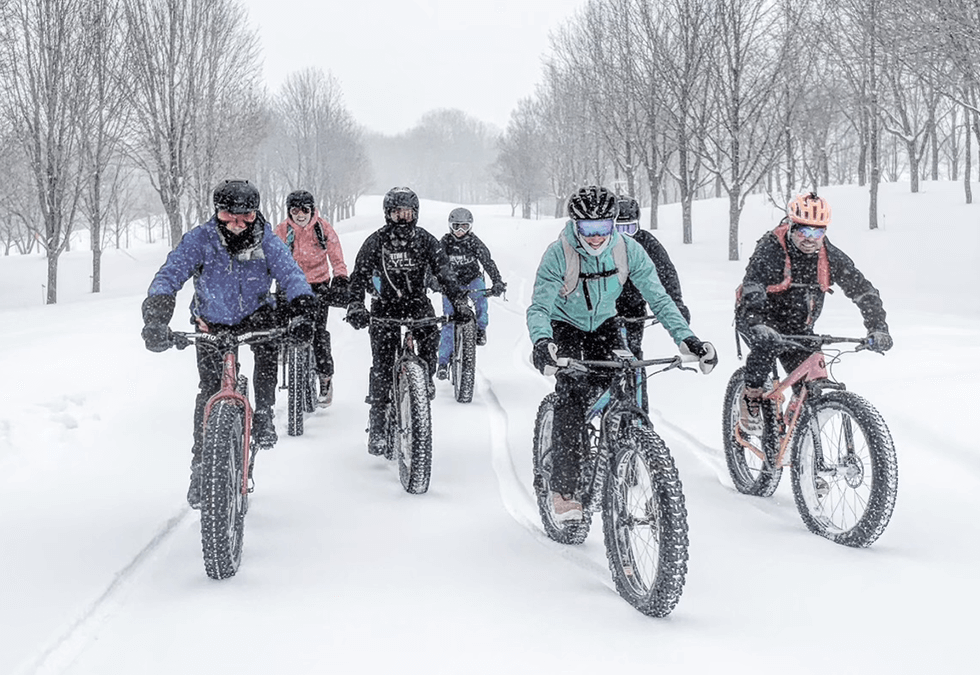 Since 2005 when Surly Bikes debuted the Pugsley, the first mass-produced fat bike, fat biking has grown exponentially in our home state of Minnesota and well beyond. From bikepacking to beach cruising, fat bikes are beloved for their ability to do it all. For those of us in the north, fat bikes are life savers in the winter.

For our friends in the Southwest or down South, mountain bike season is a year-round affair. And yes, we are jealous! For the rest of us, the wet & cold seasons cut down on our trail time dramatically. Things started to change, though, when fat bikes came along. In snowy climates, the introduction of larger tires gave birth to an entirely new dimension of singletrack riding. The trail riding season exploded from 6-8 months out of the year to nearly year-round. As soon as a snow base builds up, closed trails reopen and riders rejoice.

Snow, sand, mud, rocks, ice, you name it. Four or five-inch tires allow fat bikes to roll places that simply aren’t feasible on mountain bikes with narrower tires. Fat bike tires are able to roll at super low tire pressure. Low pressure and the increased contact surface area allows fat tires to “float” over snow and other unforgiving surfaces where a 2.75” tire would be bogged down. Terrain that was long considered “hike-a-bike” territory becomes rideable on fat bikes.

There’s a reason the term “fat bike fit” exists. Many fat bikes are significantly heavier than your average mountain bike, and even the lightest carbon fatties still require plenty of pedal power due to the added rolling resistance of fat tires. The benefit of the added challenge, of course, is that you don’t need to go completely loony riding your trainer in the basement all winter. Getting out on a fat bike for a few miles of trail riding will have you working up a sweat in no time. And when you’re back on the mountain bike come springtime, you’ll feel like you’re flying!

The option of rolling fat tires at low pressure not only allows riders to float over terrain with improved traction, but it also adds some serious cushion. Rolling a fat bike at 10 psi (or less) makes for an exceptionally forgiving ride. An added payoff of lower pressure is that fat bikes can be a lot easier on the back, hands, and any other parts of the body that would take the brunt of off-road impact otherwise. For folks who got out of mountain biking because of certain injuries, fat bikes can be an absolute game-changer and help them get back on the trail.

Fat bikes’ wider tires make for extremely stable ride with unmatched traction. This makes fat bikes a great option for anyone who’s learning to ride a bike, or anyone who’s just starting to ride trails. Not to mention, there’s something that just feels more approachable about such fun (and slightly ridiculous) looking bikes. Who wouldn’t want to throw a leg over and take a fat bike for a spin?

What are your favorite parts of fat biking? Let us know in the comments below!