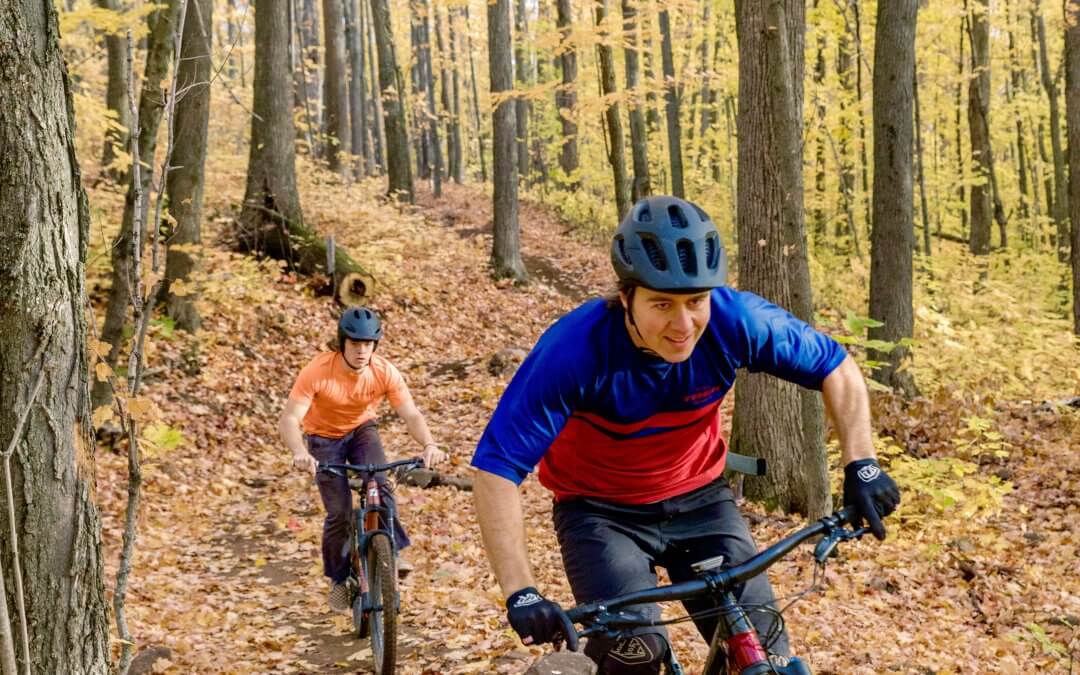 As Interstate 35 makes its way into Northern Minnesota, the pavement bends to the east and crests a hill that offers one of the most striking views in the Midwest. The endless expanse of Lake Superior stretches into the horizon, flanked by the industrial port city of Duluth, Minnesota. Massive 1,000-foot ships lumber in and out of the port, as the city buzzes with a flow of tourists and locals mixing throughout the restaurants, breweries, and shops downtown.

Duluth made national headlines in 2014 when Outside magazine named it as The Best Outdoor Town in America. The designation caught some by surprise when Duluth beat out the likes of Boulder, Asheville, and Missoula, but a weekend in Duluth, heck even an afternoon, makes it clear why the city is a shining example of the benefits of investing in outdoor recreation.

Thanks to its diverse topography and proximity to protected forests along the North Shore, Duluth has long been home to hikers, cyclists, cross-country skiers, surfers(!) and all manner of folks finding fun outside. Over the past decade, though, the city has evolved into a significantly more widely renowned outdoors destination. And it wasn’t by accident. Far from it, the city has made a sustained push to further develop outdoor recreation amenities in collaboration with nonprofits, foundations, local businesses, and a core group of motivated lovers of the outdoors.

Mountain biking, in particular, has been at the epicenter of Duluth’s outdoor development. The 92-mile Duluth Traverse, a multi-use mountain biking trail that winds along the bluffs above the city, stands as the crown jewel. The trail, which links five distinct trail sections, is the largest contiguous urban mountain biking trail in the country. Every resident of the city of Duluth lives within a mile of singletrack trail. Let that sink in for a minute.

COGGS (Cyclists of Gitchee Gumee Shores) is the largest mountain biking organization in Duluth with over 1,000 members and has been the driving force behind the growth in Duluth mountain biking since its founding in 1994. The volunteer-run organization focuses on education, inclusive programming, and an inspiring array of trail building and maintenance projects throughout the year. Over the past decade, in cooperation with Don Ness, the mayor from 2008-2016, and Emily Larson, the current mayor of Duluth, COGGS has set and completed ambitious goals for trail development throughout the city.

The years-long project is roughly 88% completed, with an end goal of 104 miles. The price tag for the Traverse was estimated at north of $6 million. Covering the costs was made possible through taxpayer dollars, grants, and donations. 6 million bucks for a mountain biking trail, even one of this awesome magnitude, carries some real sticker shock. Enough sticker shock to scare off most cities. But not Duluth.

In 2017, an economic study was conducted to analyze the return on investment of the Duluth Traverse. The study, conducted by an economics student at The University of Minnesota Duluth, utilized a survey taken by 384 trail users to analyze data in IMPLAN, an input-output economic modeling system. The results speak for themselves: Duluth trail riders contribute between $36.6 million and $48.9 million a year to the Duluth economy, an economic surge six to eight times the initial investment. These numbers break out to an impact of $10.9 million to $14.5 million from local trail users, and an impact of $25.8 million to $34.4 million from nonlocal trail users. Now that’s a return on investment. As the economic benefits of the Duluth Traverse and other local trails pile up, Duluth and those who live there will continue to reap the benefits.

If you build it, they will ride.